Once in a while you meet someone extraordinary. Someone with such an infectious positive energy, that the only thing you can do around them is smile.

A school drop-out, educated only until eighth grade, he’s taught himself everything he knows. His passion for archeology began when he was a young boy.  He found his first coin when he was eight or nine years old and from then on he was hooked. He loves the countryside and would just walk and roam the hills around Bundi. ‘God gave me this life’ he laughed.

He took us into the small neat courtyard of his home and asked me to pull back the cloth on a low table. It just looked like a pile of rocks but with Mr. Kukki’s enthusiastic descriptions everything acquired life and meaning. He showed us axe-heads and hammers, tools for scraping clean animal hides, sling shots – perfectly round; hunting balls – larger – people would surround an animal and stone it to death; earings – light as a feather but made from stone; toys – like marbles and dice. With every word he uttered his eyes sparkled. To hold these articles, to feel them shape themselves to your hand and to remember that thousands of years ago someone else had held the very same object, was to feel a connection over time and space. History truly coming alive! Next he fished out a dish full of coins – of myriad size, shape and age; some from British India, some dating from the Moghul period and some prehistoric. Mr. Kukki echoed my own thoughts ‘these are not just coins – they are my country’s history’. He has no metal detector, no tools – he just looks. I pointed out that he must have sharp eyesight – ‘now, a bit less’ he laughed.

First he found the tools, coins and fossils then someone suggested he start looking for rock paintings. ‘I didn’t know anything, I wasn’t sure if I’d found something or not – it was just rough lines..’ Since that time he’s scoured every inch of the 130 km of the Vindyachal mountains that run past Bundi and has discovered rock paintings at 35 different sites dating from between two and twenty thousand years old. I asked how he felt when he made his first discovery. ‘I remember that date well’, he says ‘I remember the delight. I became like a man possessed. I set everything aside to search for more sights, more paintings’. ‘My friends and family thought I was mad’. Some say he ruined his small grocery business for the sake of archeology. In the beginning tribal people accused him of being a government spy! He persevered with amazing dedication, getting to the hills by bus, motorbike or just by hitching a ride. He says he was often tired and hungry but he kept going. Now he’s visited by renowned archaeologists and speaks at major conferences – ‘I don’t write anything down, I just talk’.

He refuses to sell his findings. Everything in his collection has been documented by the archeology society. ‘It’s my passion to rediscover Bundi as it existed hundreds of thousands of years ago. Another ambition is to make a paradise for tourists. All this I want to do as an honorary archaeologist as my love and contribution for the soil on which I was born”. 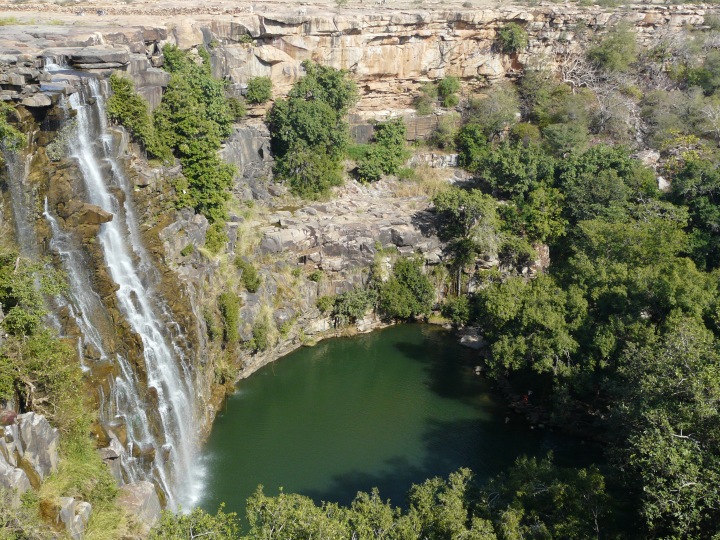 We went into his beloved Bundi countryside with him and he showed us rock paintings at two sites. Why did Mr. Kukki think that prehistoric people made the paintings? He suggested it was to respect and honour nature, an homage to the animals which the hunter killed; it was only the body of the beast that was destroyed for food, it’s spirit lived on and would return to the rocks and mountains. A belief that nature is eternal and would endure. I found this moving and it was extraordinary to sit in a cave in a cleft in the mountains, peer out at wooded slopes, and imagine a prehistoric family sitting in the same spot maybe ten thousand years ago. Simple drawings with incredible power. 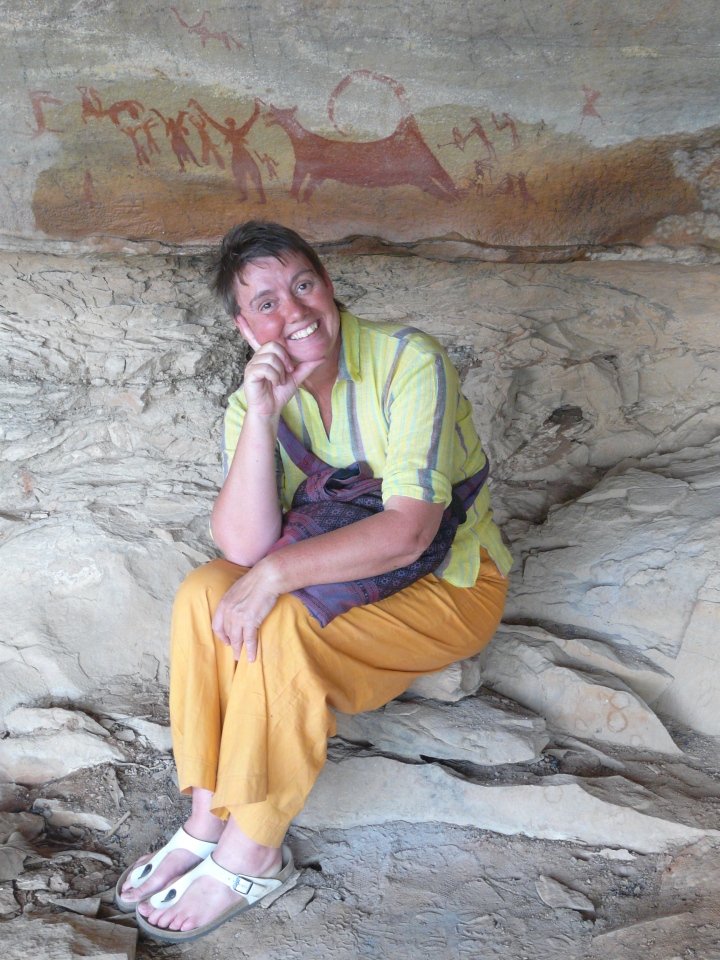 Mr. Kukki gave me a gift, for a moment in time he connected me with nature and the whole of mankind and he made me feel that anything’s possible if you want it badly enough. An amazing day with an amazing man!

8 thoughts on “The Intrepid Mr Kukki.”