Diu is at the end of the line. This tiny (11 km by 3 km) ex-Portuguese island at the tip of Gujarat has a quirky charm and lends itself to lazy sand and sunshine-filled days. Not quite a tropical paradise, but very nearly.

Indian, but yet not, Diu has white-washed churches, catholic-saint-filled chapels, and colourful Lisboa streets with gaily painted houses. Our guesthouse was the gorgeous, white-walled Retiro Sao Tome, the five hundred year old St. Thomas’ church. From our kitsch-filled mini-appartment with crocheted table covers and “Little Mermaid” curtains we looked out over the churches of St. Paul and St. Francis of Asissi to the sea. We ate breakfast on the roof and could even sit right on top of the curved dome to enjoy 360 degree views over the whole island. We were literally on top of the world! 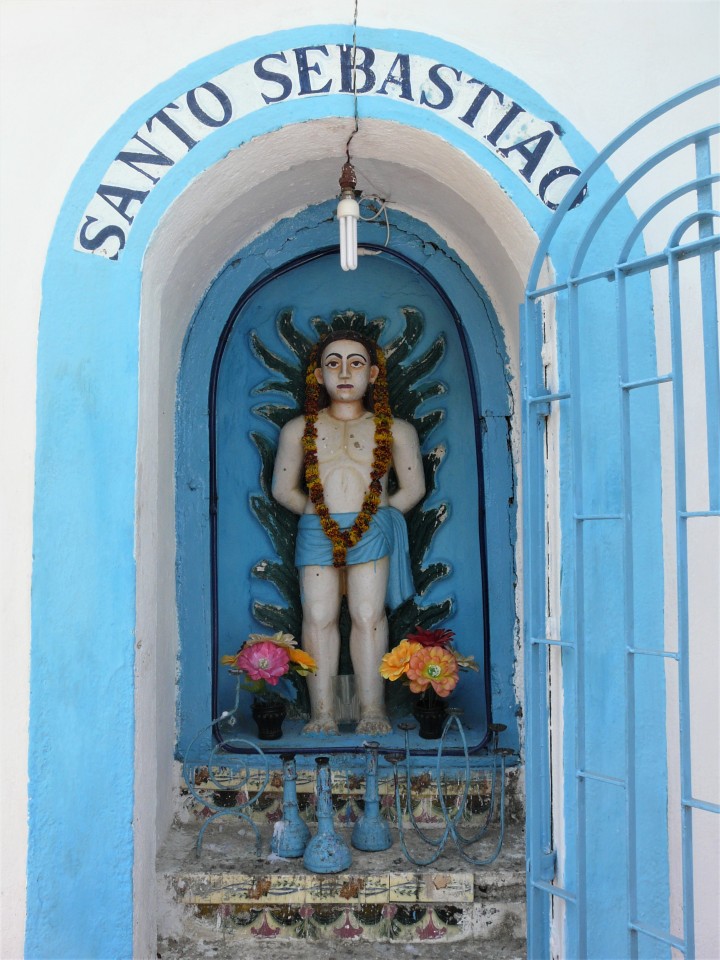 Diu is lush vegetation, palm trees, fine sandy beaches, limestone cliffs and rocky coves. The island has excellent roads and minimum traffic so we hired a scooter and drove along the coast, sat on the rocks and listened to the sea, and stopped every so often for a lassi or a great fish meal. 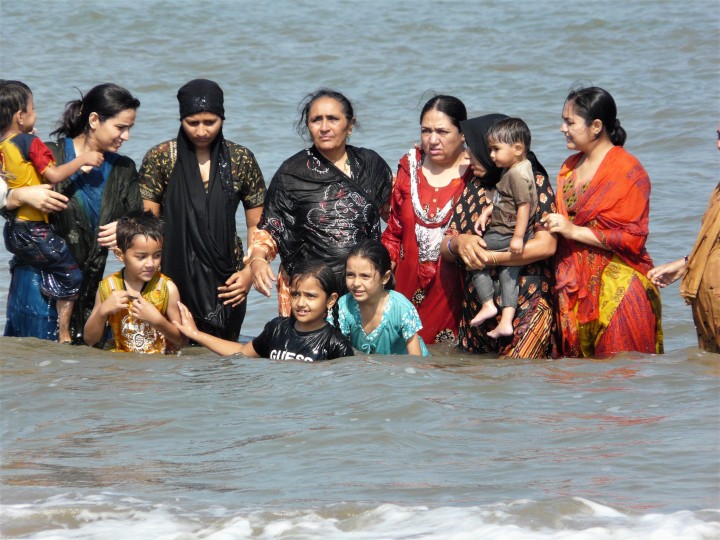 We wandered around the port of Vanakbara, a small fishing village at the extreme west of the island. We admired wooden fishing boats, their prows adorned with garlands of red chilli peppers, marigold flowers, and rainbow coloured flags fluttering in the breeze. A hive of activity, fish were strung up to dry on washing lines of string, intermingled with clothes or clipped onto bamboo A-frames on the decks of boats. Men hacked at huge blocks of ice with pick axes and heavy wooden sticks, unravelled and mended fishing nets, and some just sat on deck chewing the fat, after a hard day’s night. 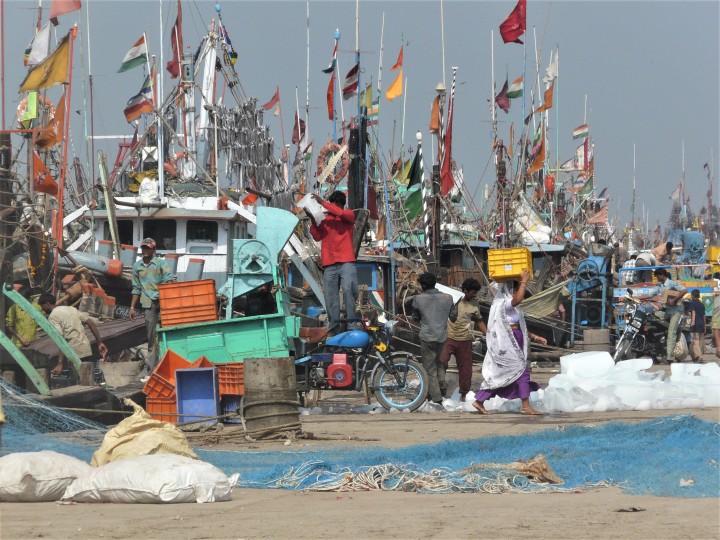 We wandered around the imposing fort built by the Portuguese in 1535 and strolled along the ramparts – cannons still pointing out to sea ready to blast non-existent enemies to smithereens. In odd places cannon balls still littered the ground. 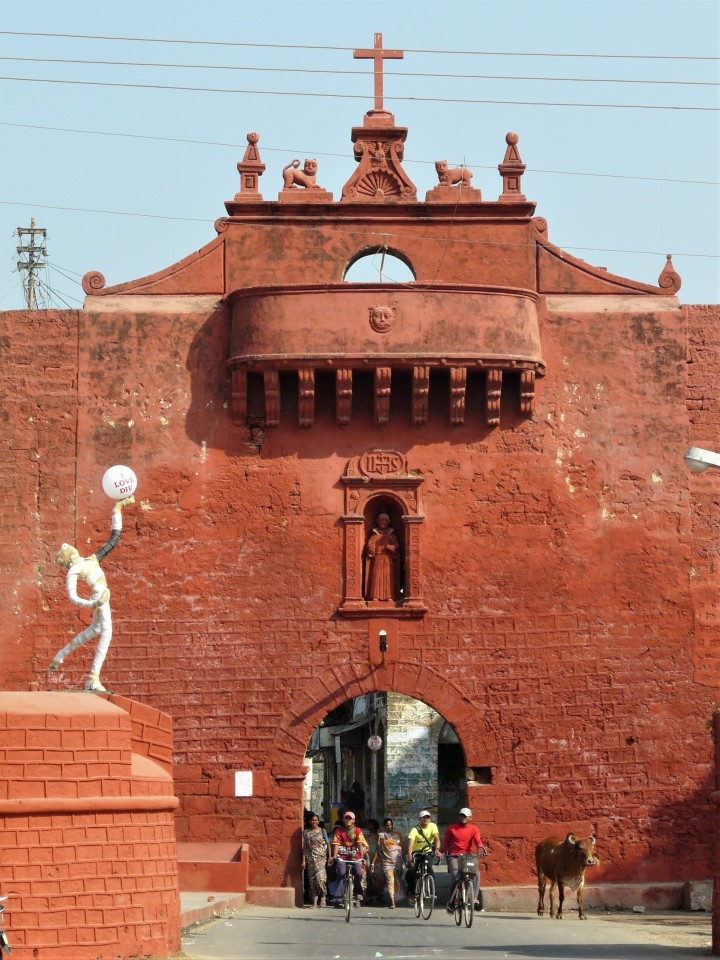 We met the amazing Captain Devibhai Vira Fulbaria – an ex-merchant-navy captain with a passion for sea shells. He collected shells from all over the world for more than fifty years and now he runs a small museum near Nagoa Beach. ‘I like the colour and the shapes’ he told me. He had no schooling until the age of 14, and failed his exam for second mate, first mate, and ships captain – eight, ten, twelve times. What makes a person keep going in these circumstances? He told us proudly -‘I’m not only a captain, I’m a band master’. He taught himself to play the bagpipes using a cassette tape a Danish tourist once gave him (!) and he now leads and teaches a youth band in town. Extraordinary!

Diu did not inspire such tenacity or ambition in us, but it did give us a chance to relax, a real holiday experience. A shoes off, gone fishin… kind of feeling. A feeling that can be hard to find in India.

Sao Tome Retiro, Diu. Basic but amazingly atmospheric place to stay. If you ever wanted to sleep in a church, this is your chance.