There’s a whole range of Henry’s. We were on Henry VI. The only majestic thing about her was her name. The Henry is a turquoise and orange, wood and tin cargo barge that has seen better days. Mainly cargo – but she does take people – up to 200 of them. And she takes both on a four-day sojourn down the meandering Rio Ucayali for 500 km or more to the steamy jungle city of Iquitos.

The Henry’s have a port all of their own. Finding it can be a challenge as the port shifts up and down the river according to water level. But our moto driver knew where we wanted to go. Before we’d paid him his 6 soles, a hammock salesman took us under his wing. He walked alongside us over the muddy, uneven ground, escorting us to our Henry. A chalkboard on the upper deck told us she would be leaving that day, at 17.30 in the afternoon. We were led to a young man sitting behind a wooden table at the entrance to the hold. He seemed in danger of being swamped by an ever-encroaching tide of potatoes and rice. He introduced us to the cargo master who motioned to a porter, to show us a cabin. It was a small tin hut, two bunks, one foam-rubber ‘mattress’, one fan – the wire cut and dangling loose, and a light socket minus bulb. There was also a bathroom – a toilet, minus seat and lid; a basin, and a cold water shower. It was rusty, dirty, and home for the next four days. Outside the door, painted in orange letters on the guard-rail of the deck, a notice warned ‘Prohibido Orinar En La Nave’.* Thank goodness for small mercies.

We settled in, and settled down, watching the port activity. Henry was getting fuller and fuller. A wall of sacks of rice grew before our eyes. Each sack carried from lorry to barge by hand. Each sack weighing fifty kilos. Some men carried two, one lengthways, resting over the shoulders, hanging down the back; the second holding the first in place, pulled over the head, held in place by fists, and a bent body. Back and forth they went, for hours, never stopping. Others carried huge sacks of rounded, reddish-pink potatoes, others cartons of soft drink. Twelve-packs were thrown man to man, as in a game. Laughter ensued when a hapless porter dropped a package. Passengers boarded through an ever narrowing corridor, hemmed in by boxes of Gloria evaporated milk and live chickens. On the lower deck they strung hammocks, and piled up their suitcases, sacks and plastic shopping bags. Here there was no privacy, four toilets shared by all, and you stood in line for your meal, doled out into your own bowl. On the upper deck, we were travelling in relative style. 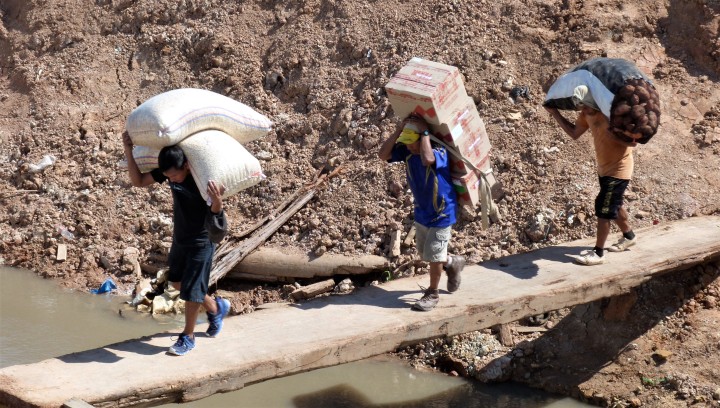 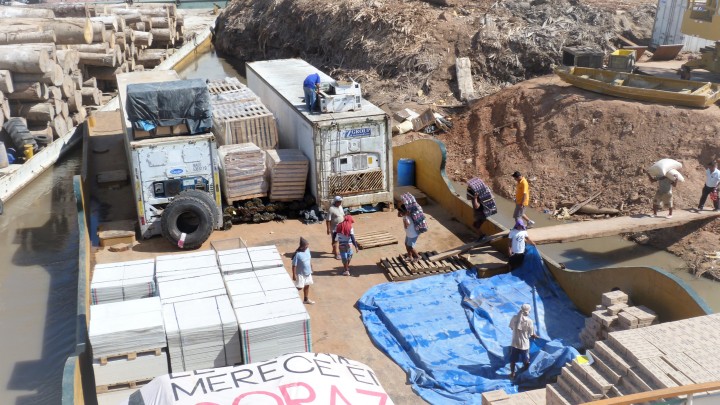 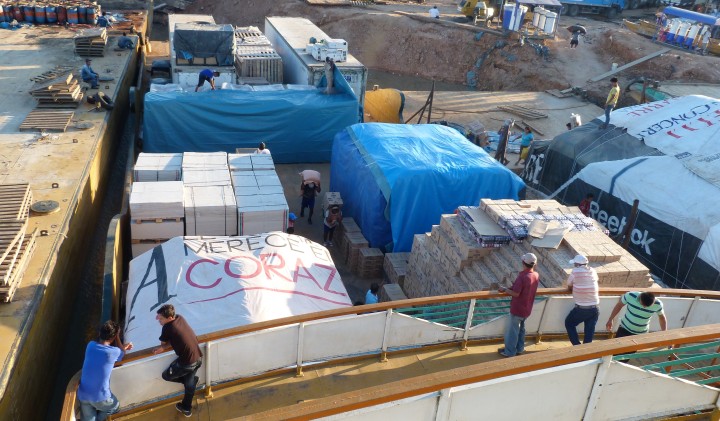 Five thirty came and went. Louis, a policeman from Iquitos, told us our new departure time was 05.00 am. The Henry’s apparently never leave on time. We bunked down, it was hot, but bearable, and the bugs didn’t bite much. On board we quickly settled into a routine, reading, writing, strolling the deck. But there was nothing we had to do. It was relaxing, liberating, and despite the grime, strangely luxurious. No responsibility. Meals bought to us on a tray. Very slow travel.

Life was dictated by the rhythm of the ship. It was always noisy. Stops were made at all hours. Cargo loaded, unloaded; passengers picked up and dropped off. But we could sleep all day if we wished, so it mattered not a jot.

We passed riverside towns and villages. Some strangely modern, with moto-taxis buzzing along dirt roads, large churches and pubs and buildings. Some, just a handful of thatched-roofed houses. Wherever, there was always a welcome committee as people lined the river-bank to watch us watching them. Occasionally sellers would board the Henry, shouting – ‘gaseosas’, (soft drinks) and selling fresh fruit and fish – and once – cake! We watched the light, the movement of the water, the clouds; we even saw dolphins. There was a ship’s puppy, who seemed to survive solely on eating wood. Men played cards, listened to the radio, turning them this way and that to avoid crackle, and read newspapers. Women chatted, swung in hammocks, and cuddled kids. And older kids ran, played tiddlywinks with bottle tops, and threw plastic bottles over the side and raced them to the other end of the ship. 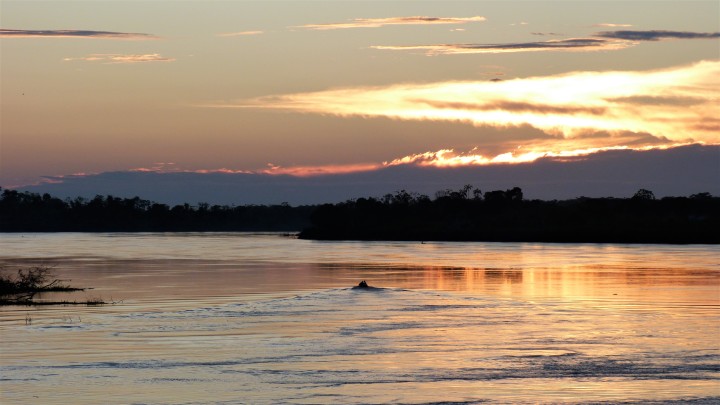 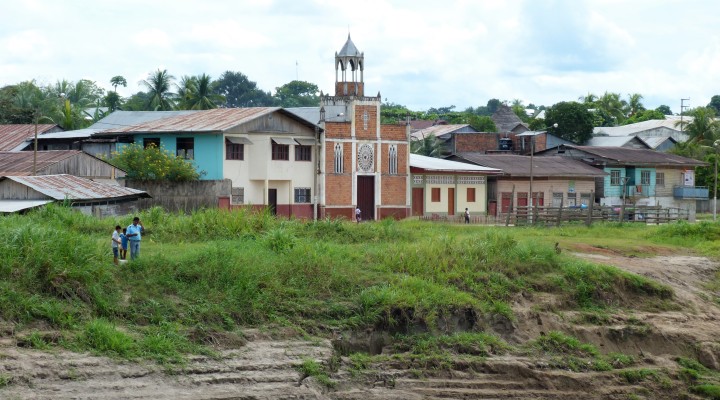 For four days it was life in a little bubble. Oddly paradoxical, it was crowded, yet serene; uncomfortable, but comfortable. Time passed slowly and yet oh, so quickly. And on the morning of the fourth day we docked in Iquitos. Time for the jungle.

* Prohibited to piss in the gangway

10 thoughts on “Just Cruisin’: From Pucallpa to Iquitos.”