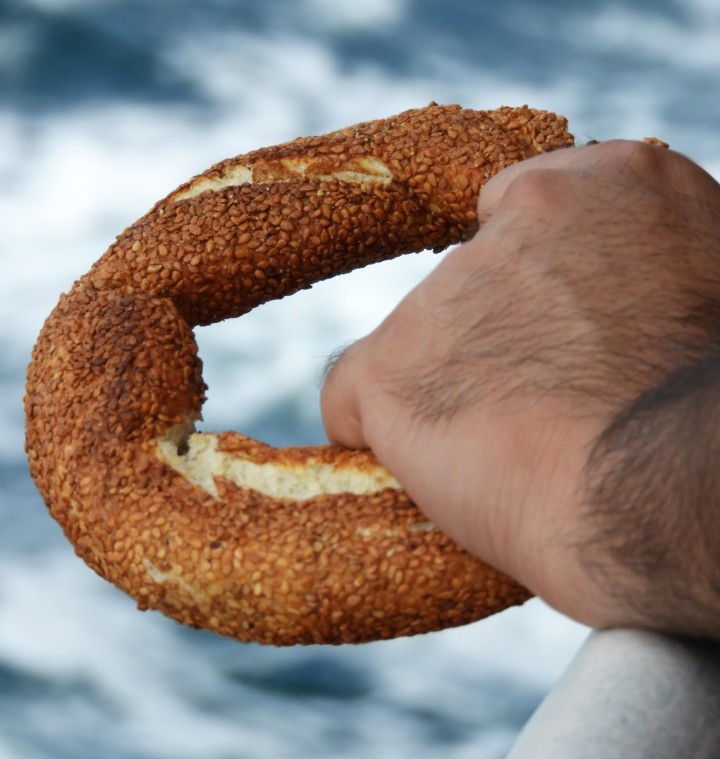 Sīmīt are everywhere in Istanbul. Simple, sesame-encrusted bread rings. Some call them the Turkish bagel. Sold from stationary red-painted government-owned carts, and from men who roam, swirling them on a stick, carrying them in baskets, setting them down on makeshift trestle-tables, or balancing them niftily in wicker trays on their heads – they are impossible to escape. Arranged in impressive towers and pyramids, the jengo blocks of the fast-food world. In every tea garden the sïmit men pace, shouting ‘sïmit, sïmit, sïmit’…. although the words run together and are unintelligible to us.

Sïmit is the go-to snack for everyone on the move – kids chew on them in pushchairs, and adults nibble on them on the ferries. They can be smeared with Nutella, or softcheese triangles from fiddly tinfoil wrappers, or enjoyed ‘au naturel’.

But sïmit is best eaten fresh. (Maybe that’s why I’ve seen them thrown to dogs and seagulls). When we bought them in the Pierre Loti Cafe, Jim mumbled that it was like chewing on a rubber tyre. So the Galata Sīmītçïsï Sīmīt shop was a godsend. I walked in on a sïmit production line, sïmit everywhere; Emir arranging them just so on the longest paddle I’ve ever seen, shoving them in and out of the oven. He’s been doing it for twenty years. They were still warm when we tasted them, crispy on the outside, soft on the inside. Delicious. And just one Turkish lira! 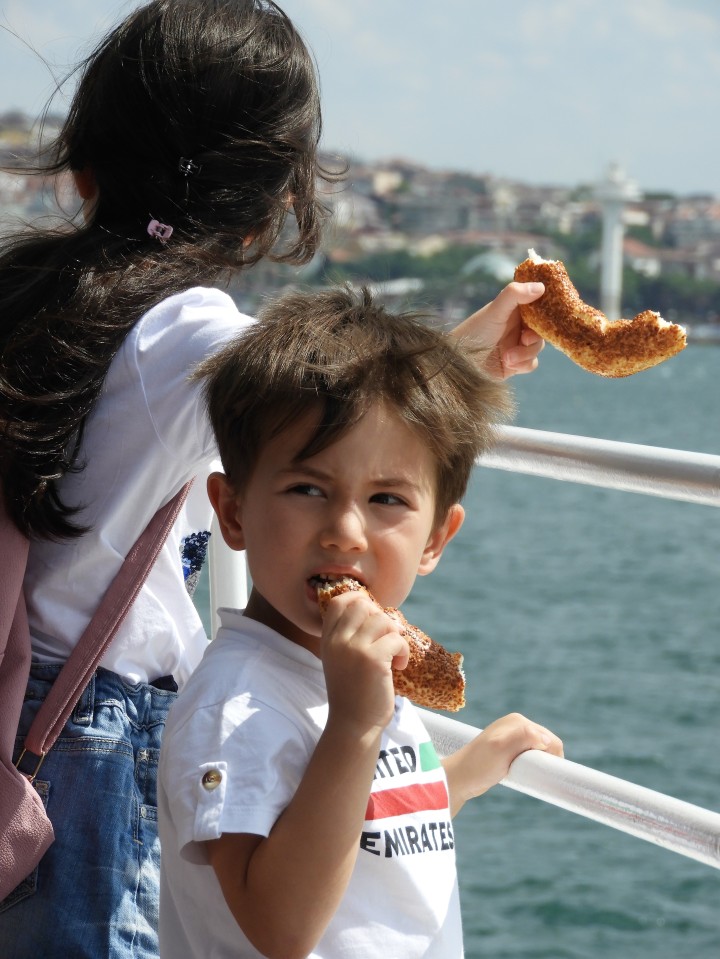 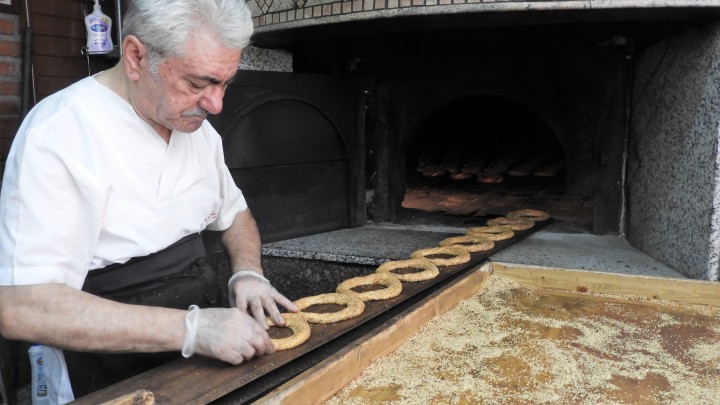 Galata Sīmītçïsï Sīmīt. Mumhane Caddesi 47. Opens 06.00! There are a few tables and chairs on the pavement outside, and you can also buy tea and coffee.

11 thoughts on “The Humble Sīmīt.”