I am not good at doing nothing. I get so excited when I get someplace new and want to run about and discover, walk the streets, sit on terraces, eat the food; soak it all up. To Jim, I’m manic. I envy his ability to sit and stare into space, nap in the afternoons and hang over gates watching sun-sets. I’m just not made like that. But there’s something about this place, the feel of it, the animals, that gets under my skin in the nicest possible way. Outside retreats. My being sharpens and focuses and like the cursor on Google Map, zones in to a micro-world of goats and chickens, dogs and cats.

We do little but time passes so quickly. Ben, one of the border collies, thinks we should get up around 07.30. That’s when he states barking for breakfast or attention or both. Charlie the cat stretches like a ballerina and jumps gracefully from the bed. He sits, mewing limply, curled on the hall bookshelf waiting for me to get to the kitchen. I hear Ben and Max snuffling on the other side of the door, and Tash’s tail banging against her cage. Thump, thump, thump. Once the door’s open there is a frenzy of jumping, tail wagging, tongue lolling, running back-and-forth enthusiasm, and I struggle through paws and fur to set Tash free. The dogs bound outside, and George, the other cat, always waiting to be let in, is nearly trampled in the rush. He ducks, makes a bee-line for the kitchen counter and prowls like a tiger. Charlie, meanwhile has reached his wooden bench, and sits, eyes closed, ram-rod straight, waiting. Now everyone is on high breakfast alert. Meat and biscuits doled out, we sit with coffee and tea, and breathe a little, before going out to the chickens and goats. 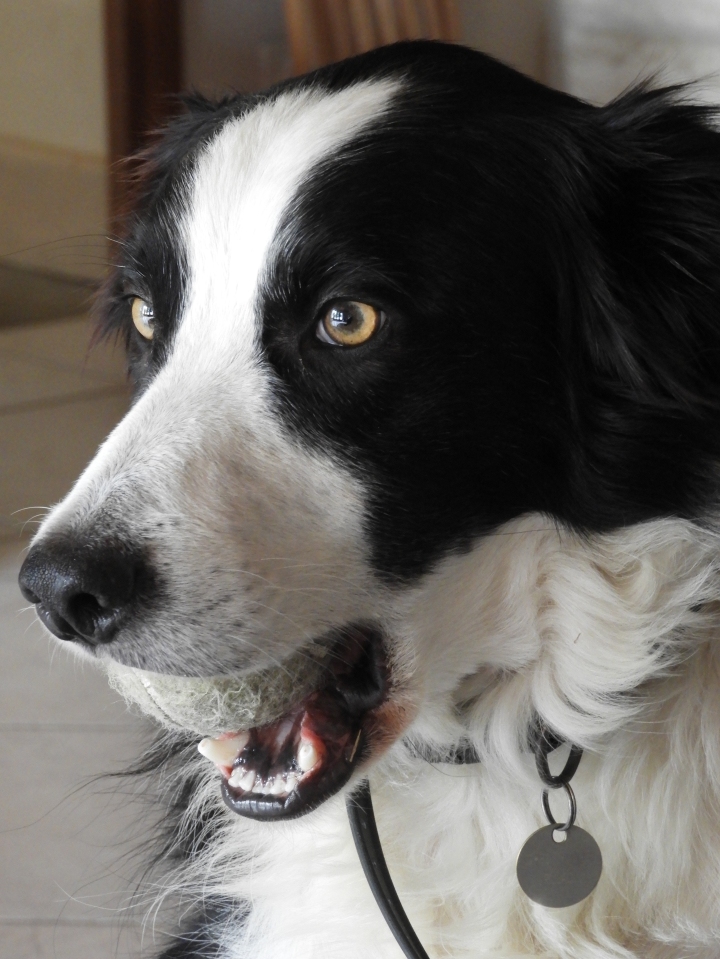 The mornings are misty and fresh. Dewdrops scatter the grass. The cock crows. Armed with plastic jugs, veggie scraps and an old flannel we head over to the open barn. Goats have no restrictions on meal times. Their jaws chomp unendingly. They stick their head in the hay bale, stand with their hooves in the food buckets, and bleat “good morning” without missing a mouthful. We let the silkies out of the old rabbit hutches and Tash waits at the end of their gangplank, almost nosing them along. They flutter and flap, and rush with jerky little movements. ‘Phew’, they seem to sigh with relief, as they get past her. She stalks them a little every now and again, just to keep them on their toes.

Ginger is always first on the milking stand. Jim wipes her teats with the flannel, and the first few squirts go to the dogs. Greedy Ben always gets in first. Poor Max never seems to learn that standing back, waiting patiently, gets him nowhere. Jim milks, I chop veggies, fill water buckets and feed Elvis, the billy, who smells like a very strong cheese and does an excellent lip curl. I scratch him between his stunted horns and he bows his head; but sometimes he rears up and mock charges. I’m glad there is a fence between us. Martha, in the next stall, loves a head scratch as well but she gets nothing extra to eat, she’s too fat. 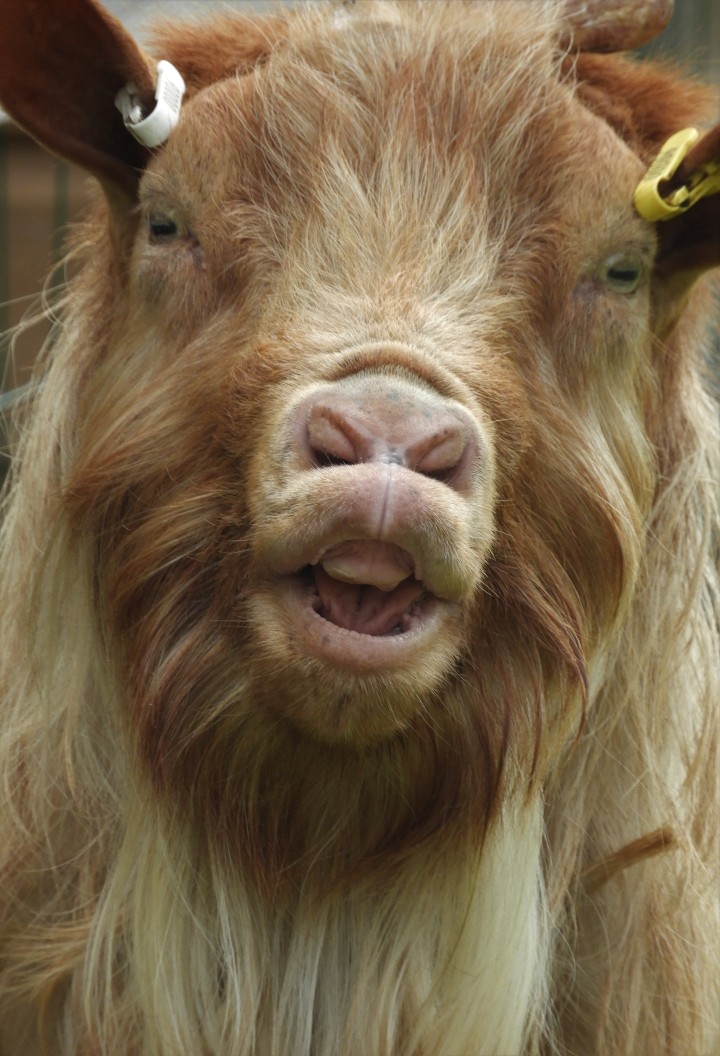 Ginger always yields half a litre of milk. You could bet your last euro on it. She’s calm and quiet and when she’s finished eating she returns to her mates, Priscilla, Amber and Milly and, an opportunist, immediately sticks her head in the food buckets – just in case .

Lulu is bigger, gives twice as much milk and we milk her together, one on either side. I rest my head against her flank, feel her warmth and blood and breath. Her udder, tight at first and full, the milk only a thin, pale flow; but as her gut gurgles and the milk comes down, the flow thickens, whitens, and hits the jug in a steady stream, foaming and frothing. Lulu gets an extra scoop of grain to keep her quiet until we feel the milk’s finished, her udder flaccid. But compared to her mum, Bella, she’s a doddle to milk. Diary Of A Milkmaid. 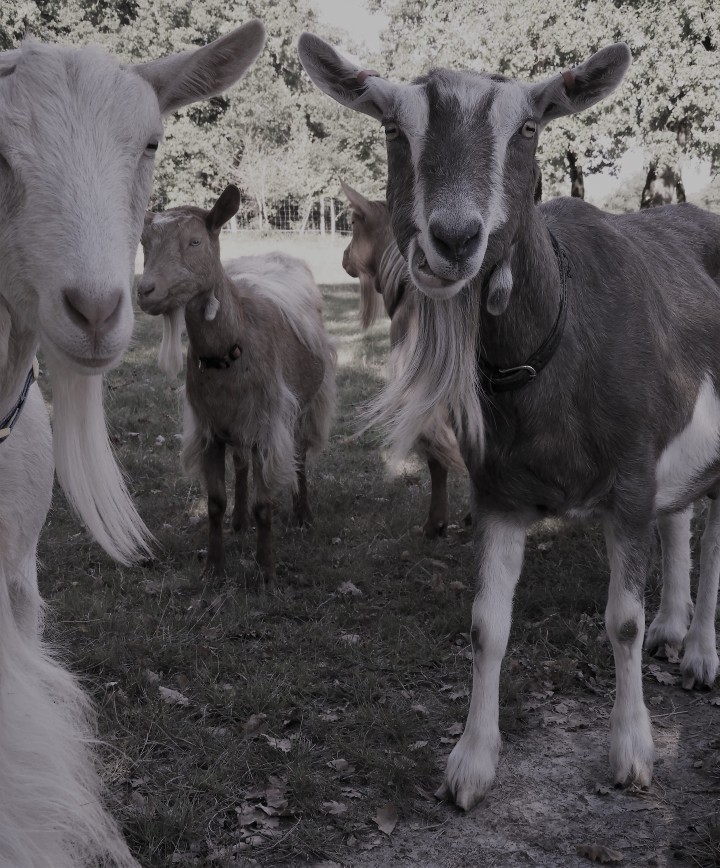 Milking accomplished, all the goats are turned into the paddock for the day. Except ‘funny’ Carla, the loner, prone to fits. She lives in the same stall as Martha, but just wants to be alone. As Bella, Lulu and the gang rush out, she dashes in, and spends her days munching on the hay bale that is hers alone. 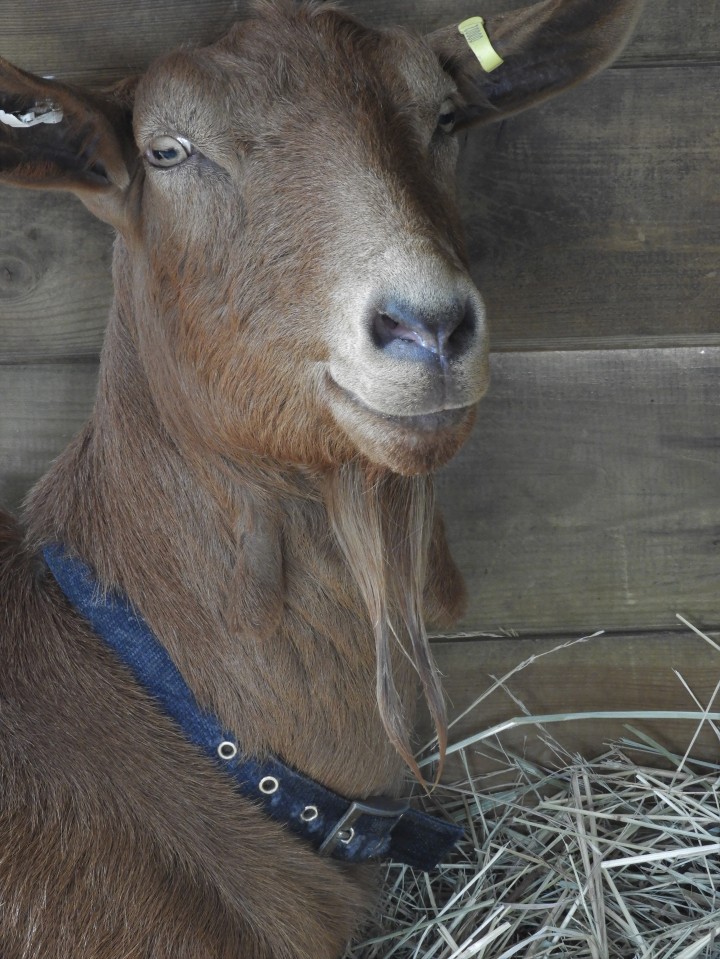 And then it’s time for breakfast – ours! We eat cereal with warm goat’s milk, sip on hot coffee and tea, and enjoy the moment. Nowhere to go, no need to rush, nothing that must be done.

Throughout the day we potter. There’s always a tummy to tickle, a ball to throw or food to top up. I cook with veggies from the garden. Jim sits and surveys, or ‘walks round his estate’ as he puts it. We hardly ever step outside the gate and it’s bliss.

We get all our housesits through TrustedHousesitters. http://www.trustedhousesitters.com

16 thoughts on “The Charente.”