I have just finished an online learning course on the Book of Kells. It was offered for free and I wanted to stretch my brain. And stretch my brain it did. In fact it quite bent it out of shape. A whole lot of facts to ponder and wonder over, and, rather surprisingly for a religious work, an inordinate number of cats prowling through the pages! 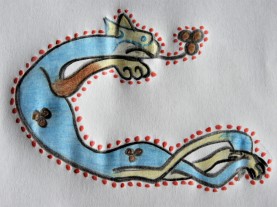 Now these were cats from 1,200 years ago, not quite cats as we know them. But there they were: hunting, sitting, sauntering. I thought of the monks labouring over that intricate artwork, all that religious symbolism, and back-breaking concentration for the glory of god – and in the middle of all that, drawing their own or the monastery cat – allowing them to loiter amongst the lines; immortalising them. A reminder that people are the same the world over, that they always have been, and always will be. Bottom line, we all need to love and be loved, and pets cannot get or give enough of it. So, via the Book of Kells, a homage to a few of the great feline characters who’ve deigned to let us care for them, during our years of house-sitting.

In popular Irish lore, cats were created by God to restrict the mouse population on Noah’s ark, to protect the food required to sustain it’s passengers. At the time of the Book of Kells, domestic cats were a high-status possession, owned mostly by the elite. Such was their value that there was an entire set of laws, the Catslechtae (‘cat-sections’) outlining fines attached to stealing, injuring or killing a person’s cat. Penalties differed according to the cat in question – a cat was worth three cows if able to purr and keep it’s owner’s house, grain store and kiln free of mice, but only half that if it was just good at purring!

George would have been worth at least three cows. One morning the body count was six; four mice floating in the pool, one stuck in the skimmer and a little present on the doorstep.

Billi maybe no cows! He smashed raw eggs over the stove and broke a plant pot and sent soil and ceramic cascading over the kitchen. He tantalised the dogs next door by sitting on their shed roof, just out of reach. In reflective moments (of which he did not have many) he balanced on the edge of the bird bath and admired his reflection. 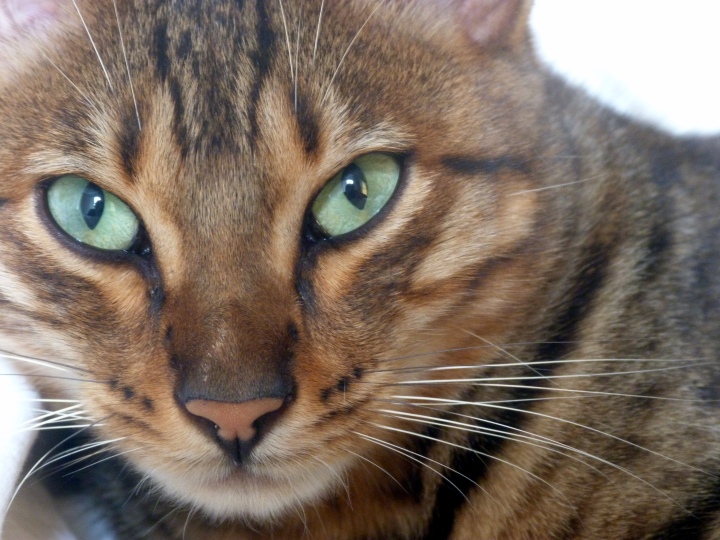 But maybe purring should have been valued more highly? There is nothing like sitting with a cat on your lap, when it’s purr machine is going. All those little pulsations of joy and satisfaction pulsating through your body. It’s fur-lined therapy.

The catslechtae also detailed exemptions available to a cat in pursuit of it’s duties – so a cat was not held to be liable if it injured someone who had no business being there when he was chasing a mouse! Rollo could have used that excuse. He loved to ride on the robot vacuum cleaner. We’d get up in the morning to find it abandoned, red light flashing, in the middle of the kitchen or living room.

The cat laws even refer to cat names – Meone, (little meow) and Cruibne (little paws) among them. We once looked after Batman, whom the neighbours begged us to keep in at night – claiming he was beating up their own moggy, Wilson. I swear Batman was more superhero than villain! 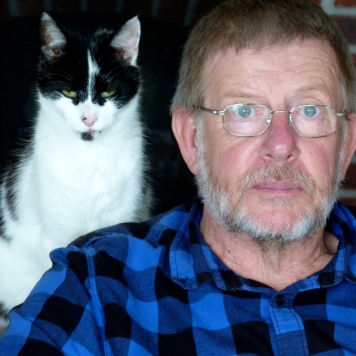 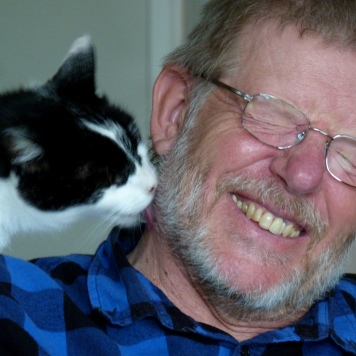 Like Batman, all of them find the way to our hearts.

4 thoughts on “Cats and the Book of Kells.”