Tokyo could make a (window) shopaholic out of me. I don’t want to buy, but I like looking.

Ginza is high-end shopping. Bulgari, Cartier, De Beers, Sony, Nissan, Apple, but it was     Ito-Ya stationery store that did it for me – these means to a creative end are artworks in themselves. Ink pens and glass pens. A pen care center. A paper concierge. Paper in a spectrum of colour so wide, it was almost unnatural, displayed over one huge wall like a rainbow. Books for collecting stamps from shrines – pages unfolding concertina-like, and opening from back to front. I wish I’d bought one but I was hindered by the thought of carrying it around in my rucksack for months. ‘What would you want that for?’, asked Jim, but I find the calligraphy here mesmerising. On the second floor it’s possible to buy, write and post postcards. In the crafts section on the fifth floor there were stickers, ribbons, and an infinite variety of brightly coloured and patterned rice-paper tapes for packaging beautiful parcels or scrap-booking. It was a treasure trove and made my fingers itch to get creative.

And Ginza isn’t just big names. It’s full of shops with history and quirky, individual establishments with myriad specialisations. Taya menswear, founded in 1905, stocks over a thousand neckties. All woven at the company’s workshop and many featuring designs unique to Japan – think bonsai and Mt. Fuji. Stationery maker Kyukyodo, founded in Kyoto in 1663, and run by the same family ever since, has provided incense to the Imperial Court since the Edo period. In need of sugar, minds in a whirl, but bodies lagging behind, we stood on a street corner (eating and walking is frowned upon) and ate ‘anpan’ buns from Kimuraya, stuffed with sweet red bean paste. They’ve been making them for over a hundred years. ‘Delicious bean jam-filled buns first made for Emperor Meiji’, proclaims their advertising. 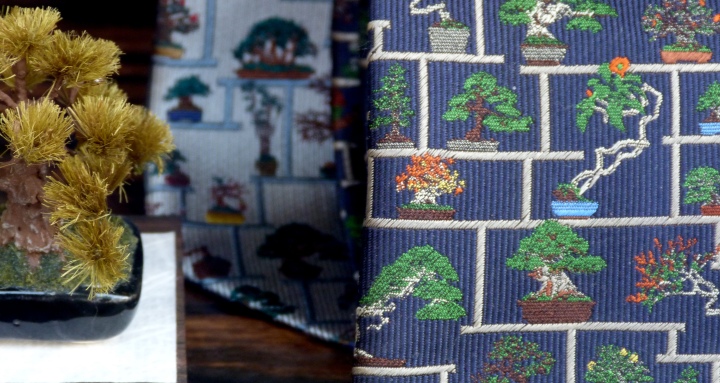 Finally in need of coffee and a sit down we found Le Café Doutor overlooking the Nissan Crossing. ‘I didn’t realise the Shibuya Crossing was famous’, our friend Ryoko told us ‘we have those everywhere’. She’s right – smaller versions maybe, but just as fascinating. Sitting in a cafe window seat was like having a box at the theater. Ebb and flow, a dance of people moved towards each other like advancing armies; then collosion evaded they dissipated into streets, shops and life. A bride and groom marched across a zebra crossing at the change of lights for a photo shoot – balloons aloft, high rise in the background, engulfed by people. We watched fashionistas, models, old ladies, cyclists, people with unwieldy suitcases, tourists dropping down on one knee to get ‘the’ shot, and even Buddhist monks giving blessings. When we weren’t people watching, we gawped at buildings. The white dimpled front of the Nissan showroom, and billboards proclaiming ‘This is Japan’.

Recharged, we crossed the road to the Mitsukoshi depachika*. The array of food – Japanese, Chinese, Korean, and Western – was stunning. Yakitori, tempura, sushi, ham, cheese, salad and sandwiches; all exquisitely displayed with fantastic attention to detail. And then we hit the bakery section. Row after row, display case after display case, of wagashi (traditional Japanese confections) and yogashi (Western-style cakes, pastries and chocolate). I loved patisserie Sadaharu Aoki’s brightly coloured chocolate strips – but at Yen 10,584 (Approx. Euro 90) I wasn’t buying.

The food may have been mouth-watering, but some of the prices were eye-watering. Gifts are huge business at depachika; given traditionally twice a year, during summer and at the end of the year, as well as when visiting family and friends for a special occasion. We marvelled at fifteen flawless, seasonal strawberries, red jewels bright against their wooden packaging – retailing for approx. Euro four each! Sun Fruits convert their (unsurprisingly) unsold fruit into juice and sell it at their juice counter on B2.

When we’d had enough of shops, we walked to Galerie Nichido and it was like going home. View after view of Amsterdam, impressionistic pastel candy-coloured paintings of water and bridges, houseboats and trees lining surprisingly wide, almost empty boulevards (artistic licence) – but they were real enough to make our hearts sing. We talked to the artist and his wife. He beamed when we said we loved his paintings and his wife told us they’d spent a month in the city. His theme is water and light she told us. He was in the right place. 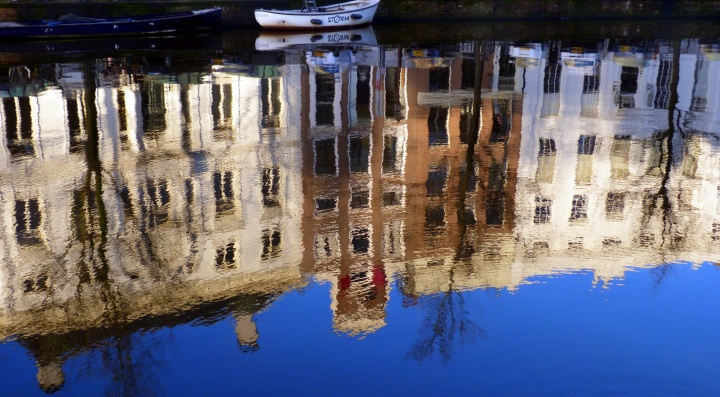 This memory of home gave me a lift like no sugar rush could. Sweet but more than fleeting. A realisation that wherever we may travel, there’s always a little corner of the world that feels like mine.

7 thoughts on “Reflections In Ginza.”