We’ve been here for five weeks. And all that time Sakura fever has been with us.

At the beginning of March there was a flurry of sakura packaging, flavours and food. Beer suddenly got pretty in pink. Starbucks sold cherry blossom cream latte and frappuccino. Traditional rice cakes were wrapped in cherry blossom leaves and garnished with slivers of dried cherry blossom. Blossom was everywhere – or at least the promise of it. Stores were decorated with it inside and out, stationary supplies were smattered with it, and Sakura was the word on everyone’s lips.

The start of the season was officially declared by the Meteorological Agency on a rainy and cold Tuesday. There were almost no blossoms but the obligatory five flowers had been spotted on the sample tree at Yasukuni Shrine. Sakura fever ramped up a notch. Full bloom was expected around ten days later. But the weather refused to play ball, and the blossoms tarried. Tricky business this blossom prediction.

In the kaika (first bloom) phase we got our first real taste of blossom fever. It was staggering. The blossoms were lovely, but it was the numbers of people that blew me away. Picnickers on the dried yellow grass. Old ladies with bento boxes. Families sitting on blue plastic sheets. Giggling girls with selfie sticks under the tiny flowers. Everywhere there was a flower there was a crowd with cameras. Peering up into blossom. Immersing themselves in blossom. It was a scrum. And this was just the beginning. In Ueno Park we watched as lonely company employees held places for their colleagues and company higher-ups. It’s said companies send out the lowliest worker at 06.00 to find a place for the corporate picnic. Some sat, arms crossed, looking on at the families, friends, and couples strolling the cherry blossom filled main avenue. Some played scrabble or read a book. When it started to rain, we marvelled at the improvisations. ‘They must be from Mitsubishi’, Jim joked, as we watched a team trying to assemble a bubble-wrap roof over cardboard boxes and pillars. Nothing could dampen blossom fervour.

There is also night-time blossom viewing. Pink lanterns strung alongside the trees. Reflections in water. Bigger crowds. We walked along the Meguro River – a narrow road on either side, thronged with people. Food stalls and flutes of pink martini. It was too much for us – queues for toilets, impossible to find a place to eat. We had a blossom rest and headed home to our local noodle bar. No plastic food, no English menu, and mercifully blossom free.

We began to realise that there was no need to head to the blossom hot-spots. It was everywhere. We visited cemeteries in Aoyama and Yanaka. Office workers sat under trees, and there were some sightseeers but these were not the hanami (flower viewing) masses. It was largely peaceful and quiet and a chance to think about the true nature of blossom fever – the changing of the seasons, passing of time, and savouring the moment. Our favourite spot was Kuhonbutsu – and the temple of the nine Buddhas. Beautiful wooded grounds, blossoms and locals. A group of artists bent on preserving the scene. A couple in traditional wedding dress being photographed under the trees, and family groups with kids in school uniform – all trying to preserve their own moments and memories. I guess that’s the true nature of Sakura – the parties and picnics are just a means to an end. It’s about taking a moment to be thankful, to appreciate, enjoy and realise that it will not last; seizing the moment and make the most of it.

Cherry blossom a fleeting magical moment – like life itself. 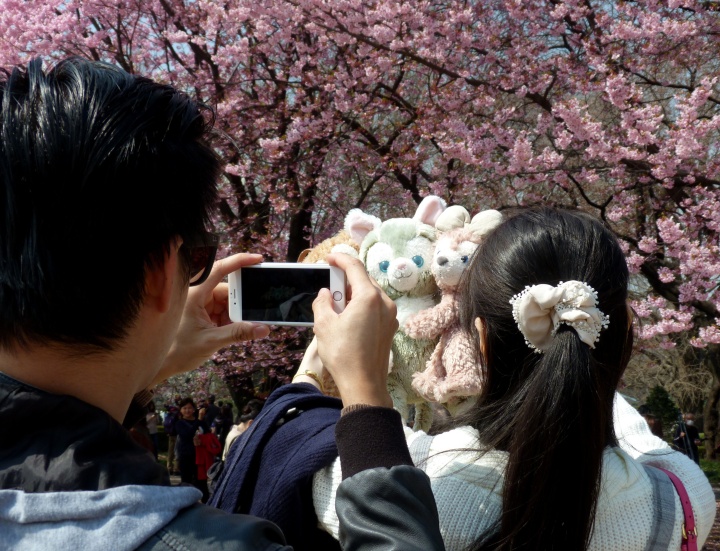 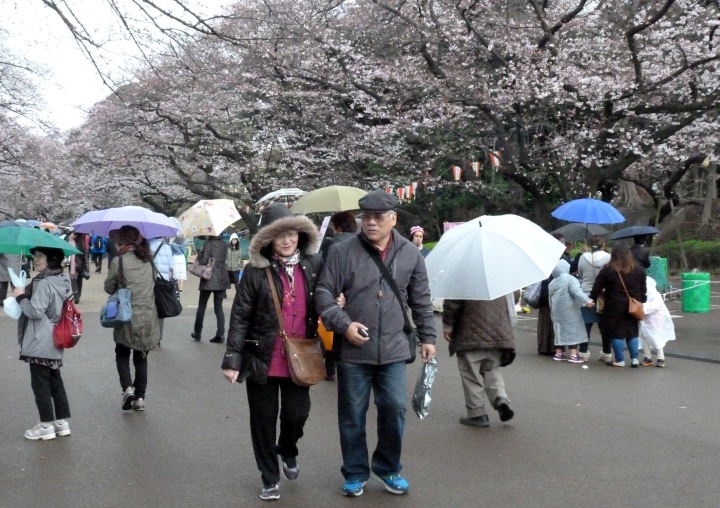 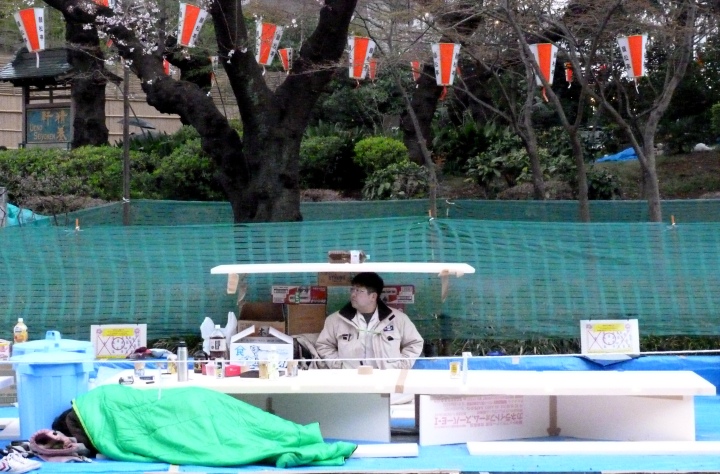 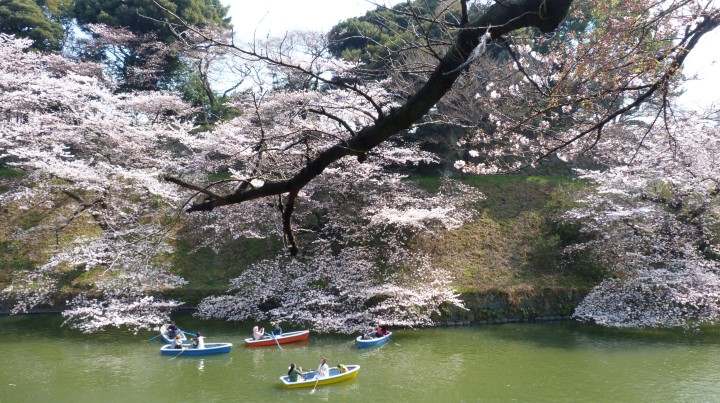