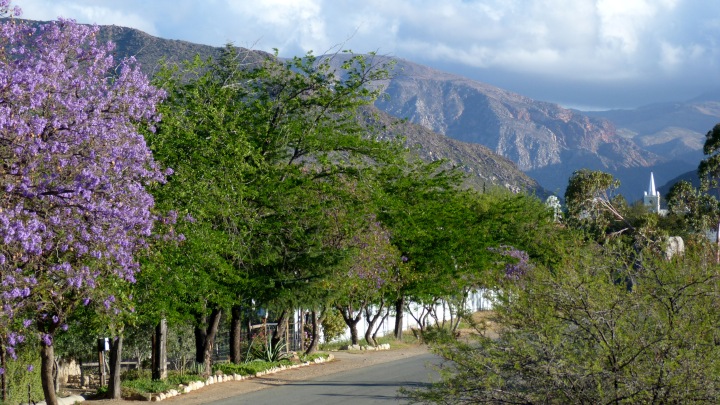 ‘First I’m going to show you Heaven and then we’re going to die hel’.

We were driving through the Swartberg mountains up to the top of the Pass with John. ‘I’m a man of nature. This is my special place’, he said, stopping his 4×4 at what he called the amphitheatre. We were surrounded by mountains, with their intense colours and more swirls than a Cadbury’s flake. Huge chunks of rock wedged together in a ham-fisted jigsaw. Chocolate, ochre and rust; and dots of sharp lime green algae pricking slate grey stone. If it was a painting it would’ve been a Van Gogh – thick, layered and brilliant. I felt giddy. Somewhere close by, water streamed. The mountains pulled me in, seemingly moving closer. This was a place to mark your soul. Majestic, humbling, and somewhat daunting. John echoed my thoughts when he said that as a child he was forced to go to Sunday school but often wondered why, because God had surely made this and must just as surely be here.

We switch-backed back and forth, up and down, winding like fresh scraped apple peel around the mountains. We were lost on an undulating earth, catching brief glimpses of the road ahead, only for it to be swallowed by more peaks and folds. At the top there was only one way to go – down into Gamkaskloof, the isolated valley with the unfortunate nickname of die hel. We bumped over the dirt, driving through fynbos and a blaze of pink proteas. Sunbirds with their tantalising long tails alighting on flowers, and cheeky little klipspringers standing on tip-toe on rocks. If this was hell it was a lot prettier than I’d ever imagined. 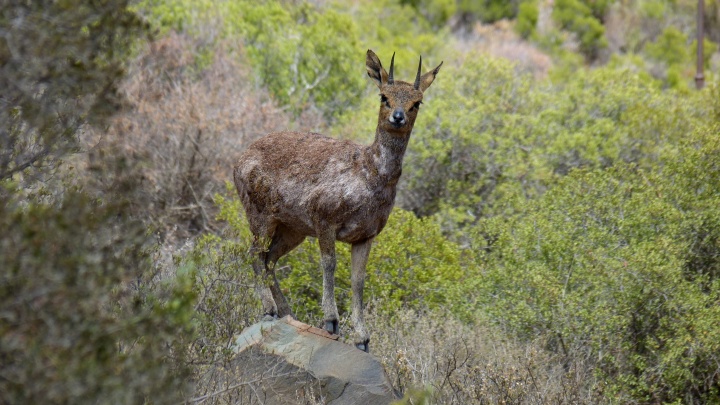 But maybe it was a fitting place to talk about the elephant in South Africa’s room. Politically, apartheid is dead, but economically it lives on. John’s talk was peppered with the issue of racism. ‘I have good relationships with many blacks’, he told us. He’d built a house for a trusted worker when he’d left his farm, his wife’s household help was like a sister to her; a bushman had spent a year fashioning him a hat out of the stomach lining of an elephant. ‘If that’s not love, I don’t know what is’, he told us. John was open-minded, searching for answers, well-meaning and a very engaging man. ‘According to foreigners and the media we’re all racists here. I grew up with the coloureds. They were my friends. I never even met a black man until I was nineteen. I didn’t know what apartheid was. It’s just how we grew up’. He went on: ‘Blacks are not like us. They live in the moment. They don’t want what we want and we don’t stop to ask them what they want. We just assume our way is better. But blacks cannot run the country alone. I never met a successful commercial black farmer. If that makes me a racist, then I’m a racist’.

‘They steal. They all steal’, he said, matter-of-factly. When I asked why he thought this was, he said, ‘they live differently. Parents and children together in a tiny room. Kids are exposed to a cocktail of sex and drunken violence. They learn to look after themselves. You’ll never see ripe fruit on a tree in a black area – they eat it green so someone else can’t get it. That’s their mentality – when they get a chance – they think it’s my turn now’. He told a story about a friend, a fellow farmer, who went on holiday and left his foreman in charge. When he returned unexpectedly a few hours later to pick up a forgotten something, the foreman was sitting in his lounge, playing loud music and drinking his beer, and ten of his sheep were loaded onto a trailer outside. When confronted the man explained that every single hand on the farm stole and as he was the foreman he had to steal the most. 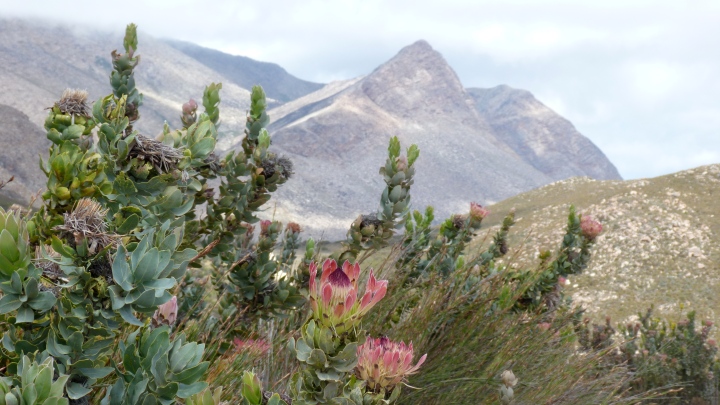 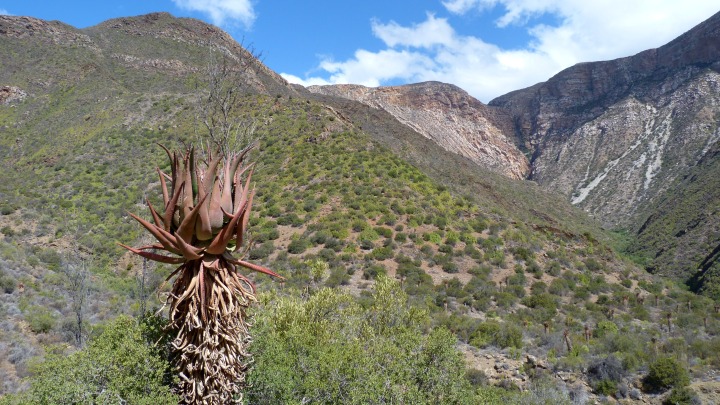 South Africa is a challenging country. For most Europeans, racism is a clear-cut issue. Here, it’s complicated. Speak to almost any white South African and you’ll hear similar stories – love for ‘their’ blacks, disappointment when they feel cheated, let-down, betrayed. But all of these relationships seem to be based on the ‘I have it all, you have nothing’ premise. Hand-outs, however well intentioned, given from a position of superiority. Blacks and coloureds work all day but are unable to earn a wage that will allow them to live anywhere else other than in a township. There is no social housing.

Statistics tell a sorry tale. The infant mortality rate is 45,1 per thousand live births. (In Germany it is 3,9). Three South African children are murdered every day. A third of South African’s prison population is between 14 and 26 years old. There are so many problems here which will take generations to change; economic equality, education, tolerance for cultural difference – all need to be addressed. Some 27 million South Africans – about half of the population – were born after 1990. Some call them the ‘born frees’ but South Africa still has one of the most unequal societies in the world.

Hopefully, South Africa will find a way through. For some it’s a beautiful place, for others a hell.

One thought on “Gamkaskloof: To Hell And Back.”